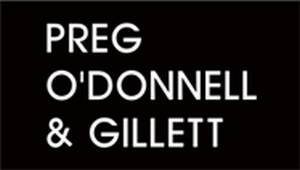 Lori O’Tool and Michael Slater, Jr. of Preg O’Donnell & Gillett successfully obtained complete dismissal of personal injury claims brought against their clients on summary judgment.  The clients, one of the largest producers of concrete, aggregates, and asphalt in the Northwest and its employee driver, were sued in Spokane County Superior Court as a result of a collision between a cement truck being driven by an employee driver and a pedestrian.  The incident occurred when the plaintiff-pedestrian attempted to cross a vehicular off-ramp on Interstate-90 in Spokane, Washington.

Despite conflicting expert testimony regarding the respective duties and obligations of pedestrians and drivers on roadways and competing testimony regarding the particular details of the accident itself, Lori and Michael successfully argued that pursuant to RCW 46.61.240, the pedestrian-plaintiff owed a duty to yield the right of way to our client’s vehicle as it drove down the interstate off-ramp.  In this regard, the Court agreed that their client met his duty to exercise “due care” to avoid the collision with plaintiff-pedestrian under RCW 46.61.235(2).  The Court reasoned in a letter ruling that because their client-driver had the right of way, the plaintiff-pedestrian had the primary duty to avoid the collision.  The Court concluded that plaintiff’s breach of his duty was the proximate cause of the collision.  The Court flatly rejected the opinions of plaintiff’s expert who suggested that Lori and Michael’s client-driver had a duty to constantly utilize his rear view of fender mirrors to avoid the plaintiff-pedestrian’s unlawful presence in the roadway.