Heading South: Key Differences Between the Washington and Oregon Versions of the “No Contact” Rule
Monday, February 8, 2021
by: Mark J. Fucile
Section: Winter 2021

Mark J. Fucile, Fucile & Reising LLP, counsels lawyers, law firms and legal departments throughout the Northwest on professional responsibility and risk management. He has chaired the WSBA Committee on Professional Ethics, is the editor-in-chief of the WSBA Legal Ethics Deskbook and teaches legal ethics as an adjunct for the University of Oregon School of Law at its Portland campus. He can be reached at 503.224.4895 and Mark@frllp.com. 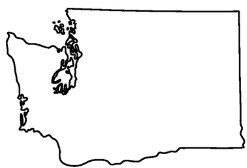 A variety of regulatory and economic forces have combined over the past generation to make cross-border practice increasingly common throughout the Northwest.  For the most part, the professional rules in Washington and Oregon look a lot alike—with both patterned generally on the ABA Model Rules of Professional Conduct.  Although we are expected to know all of the RPCs, the “no contact” rule—RPC 4.2 in both states—is especially sensitive because we frequently deal with represented persons and the rule is often enforced rigidly.

For Washington defense lawyers traveling south, there are important differences between the Washington and Oregon variants of the rule.  In  this article, we’ll look at three:  (1) the scope of the prohibition; (2) the application in the entity setting; and (3) the interplay with privilege.  With all three, Oregon takes a more restrictive approach than Washington.

Before we do, two preliminary points are in order.

First, a lawyer officed in Washington who is handling an Oregon court proceeding is bound by the Oregon RPCs.  Oregon RPC 8.5(b)(1) addresses 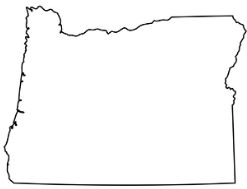 choice-of-law and generally applies the law of the forum in litigation.  Oregon federal district court Local Rule 83-7(a), in turn, makes the Oregon RPCs applicable to its cases.

Second, the risk from a violation is not only regulatory discipline.  Potential court-imposed sanctions include exclusion of resulting evidence and, if privilege is improperly invaded, disqualification.  In Bell v. Kaiser Foundation Hospitals, 122 Fed. Appx. 880 (9th Cir. 2004), for example, the Ninth Circuit affirmed the trial court’s exclusion of an affidavit obtained in violation of the predecessor to Oregon’s current version of RPC 4.2.

Washington RPC 4.2 mirrors its ABA Model Rule counterpart in focusing on the particular matter the contacting lawyer is handling:

In representing a client, a lawyer shall not communicate about the subject of the representation with a person the lawyer knows to be represented by another lawyer in the matter[.]  (Emphasis added.)

Oregon, by contrast, substitutes the word “subject” for the word “matter” (based on some parochial legislative history) and reads:
In representing a client or the lawyer’s own interests, a lawyer shall not communicate or cause another to communicate on the subject of the representation with a person the lawyer knows to be represented by a lawyer on that subject[.]  (Emphasis added.)
The Oregon Supreme Court in In re Newell, 348 Or. 396, 234 P.3d 967 (2010), rejected the argument that “subject” and “matter” were interchangeable and interpreted Oregon’s use of the word “subject” as imposing a broader prohibition than in states like Washington that use the term “matter.”  Newell involved a lawyer handling a civil case who took the deposition of a fact witness.  At the time, the witness had pled guilty but had not yet been sentenced in a criminal case that, while not precisely paralleling the civil case, shared some common facts.  The witness was represented in the criminal case but not the civil case.  The Oregon State Bar took the position that Oregon’s prohibition extended beyond the contacting lawyer’s case to include other matters involving common facts.  The Oregon Supreme Court agreed and disciplined the lawyer.  Under Oregon’s broader prohibition, a lawyer in a securities case, for example, might violate the rule by contacting a witness who, while not represented in the lawyer’s civil case, was represented in a related criminal investigation.
Entity Application

In the entity setting, “no contact” analysis turns largely on whether the person contacted falls within entity counsel’s representation.  Washington and Oregon agree that management generally does and employee occurrence witnesses generally do not.  They diverge, however, when it comes to employees for whom a claimant seeks to hold the entity vicariously liable.  Under Wright v. Group Health Hospital, 103 Wn.2d 192, 691 P.2d 564 (1984), which, in turn, is incorporated into Comment 10 to Washington RPC 4.2, a non-management employee only falls within entity counsel’s representation if the employee is a “speaking agent” of the entity under Washington evidence law.  Oregon does not use the “speaking agent” test.  Instead, under Oregon State Bar Formal Opinion 2005-80 (rev. 2016), a non-management employee falls within entity counsel’s representation if a party is simply attempting to hold the entity vicariously liable for the employee’s actions.  A company truck driver who allegedly caused an accident, for example, would be “off limits” to direct contact in Oregon while not (if not separately represented) in Washington (unless somehow construed as a “speaking agent”).  Another Oregon State Bar ethics opinion, 2005-152 (rev. 2016), takes the same general approach with employees of government agencies.

Privilege
Washington and Oregon also diverge in the entity context on the application of privilege when contacting former corporate or governmental employees.  Both states hold that when interviewing a former employee the contacting lawyer cannot inquire about privileged conversations the former employee had with entity counsel while still working for the entity.  In Newman v. Highland School District No. 203, 186 Wn.2d 769, 381 P.3d 1188 (2016), however, the Washington Supreme Court held that privilege did not apply to entity counsel’s post-employment communications with former employees.  By contrast, OSB Formal Opinion 2005-80 concluded that privilege also applied to post-employment communications relating to the former employee’s work.  In doing so, the Oregon opinion is consistent with two Oregon federal district court decisions also addressing that point—Brown v. State of Or., Dept. of Corrections, 173 F.R.D. 265, 269 (D. Or. 1997), and Kozowski v. Nelson, 2020 WL 1066329 at *3 (D. Or. Mar. 5, 2020) (unpublished).