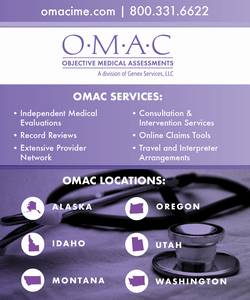 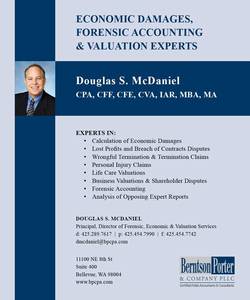 Kyler M. Danielson is the former Editor-in-Chief of the WDTL Defense News. Her practice focuses on land use and she has a pet hedgehog named Kirby.
WDTL thrives through the participation of its faithful members. The Defense News is proud to highlight its members in this Member Spotlight column.
In this edition, we are pleased to introduce Alice Brown, the new Editor-in-Chief of the WDTL Defense News and Managing Attorney for GEICO Staff Counsel. Alice’s childhood and early adulthood
Alice was born in Texas in a tiny town south of Houston and is the youngest of five children. (Yes, she was spoiled). She considers herself lucky enough to have called several different locations in North America home while she was growing up following the whims of her father’s engineering career. After stints in California and a couple of places in Canada, Alice’s family returned from Alberta, Canada to the Texas Gulf Coast in August. Alice attended the University of Texas at Austin as an accounting, pre-law major, but failed calculus and realized she hated math. With that eye-opening understanding and the encouragement of an English professor, Alice turned to journalism for her degree. That launched a five-year career as a broadcast journalist, a surprisingly good major for a trial attorney.

After earning her Bachelor of Journalism degree, Alice found her first, and only, broadcast job in Bryan/College Station, the home of her alma mater’s chief rival, Texas A&M. She was a cops and courts reporter, preferring hard facts and fast paced news to human interest stories. If a plane crashed in a field, she traveled to the wreckage to tell the story. When narcotics agents ran through doors, she ran through the doors with them, often without a bulletproof vest since they didn’t have one that fit. Alice learned how to tell a story that was concise but could still pull the viewers into the world she wanted to show. Although her dream of becoming a war correspondent did not work out, she enjoyed her time as a Longhorn living in Aggie country, which was a lot like Husky living in Cougar territory at the height of the football rivalry.

Alice’s legal career
After five years as a television reporter, Alice decided to pursue her J.D., and unwilling to take on student loans, searched for jobs to pay her way. She found work as a paralegal with a group of First Amendment lawyers specializing in media law. Alice worked full time translating between lawyers and reporters while attended law school at night. Since that wasn’t enough to keep her entertained, Alice started competing in mock trial and moot court over weekends. To her great surprise, Alice fell in love with personal injury litigation and trial work and left her plans to become a media lawyer behind to pursue a career as a trial lawyer.

After three years in the courtroom defending large corporations, she spent the next eighteen as a Staff Attorney for State Farm Mutual Automobile Insurance Company. Alice started in Texas, but moved to the Seattle area in pursuit of our gorgeous mountain views. Throughout her career, Alice has taken more than one hundred cases to trial.

Alice is currently the Managing Attorney for GEICO Staff Counsel in Seattle. She coordinates cases and trains new attorneys. She shares her lessons learned and tips of the trade. One lesson Alice likes to share with young attorneys is that civility can, usually, get you the information faster and easier that open combat. Of course that does not mean there is not a time and place for battle. Alice’s hobbies and vacations
Alice makes great use of her free time and refuses to live her life with any regrets for things left undone or untried. She enjoys cooking, attending Mariners games, and crocheting and has been known to drive race cars and jump off mountains in a paraglider. When she has time off, Alice loves to travel and explore the world around her. This year, she took a trip around Washington, stopping at the Grand Coulee Dam, Winthrop, and Walla Walla. Alice also recently hiked the English countryside in the Cotswolds not far from London and spent some time on the easier trails on Mt. Rainier. In her travels, she prefers to avoid all legless reptiles: like Indiana Jones, Alice is not a fan of snakes.

Alice as an active WDTL member
Alice is the new Editor-in-Chief of the WDTL Defense News. This is her first edition! She brings her enthusiasm, journalism background, and extensive experience as a litigator for the defense. If you have an article for the next edition, please remember to reach out to Alice and send it her way.
Alice has been a member of WDTL since the early 2000s. She initially joined WDTL for the resources it offered. Now, Alice strongly supports WDTL for its efforts to balance the scales of justice in Washington. We are glad to have her involved in our community.