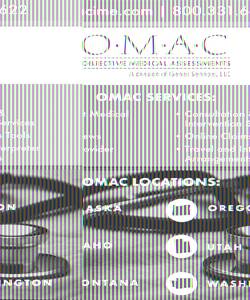 Kyler M. Danielson is the Editor-in-Chief of the WDTL Defense News. She practices land use and environmental law with Schwabe, Williamson & Wyatt in Seattle, and she has a pet hedgehog named Kirby.
WDTL thrives through participation of its faithful members. The Defense News is proud to highlight its members in this Member Spotlight column.

In this edition, we are pleased to introduce Derek Bishop, a longstanding member of WDTL, winner of the WDTL 2017 Community Leadership Award, Senior Counsel with Gordon & Rees, LLP, and Co-Chair of the WDTL Employment Section. Path to a Legal Career
Derek grew up in the suburbs of Detroit, Michigan in a family of engineers. After graduating high school, he attended the University of Michigan in Ann Arbor. Given his interest in physics, he selected nuclear engineering as a major. Fortunately for all of us, Derek realized that nuclear engineering was not the right fit for him and cut his studies short.

While living in Ann Arbor, Derek was a cook at a deep-dish Chicago-style pizza restaurant. It was there that he met Jennifer Campbell, who he ended up marrying. After Jennifer finished college, they both moved to Seattle.

After moving to Seattle, Derek worked for a third-party healthcare administrator, helping its members by ensuring that healthcare claims were paid properly and answering any questions they may have about their healthcare plans. At that time, Derek’s wife was attending law school at Seattle University. He enjoyed hearing about her classes. With this inspiration, Derek decided to pursue a career as an attorney. He returned to school, earning a Bachelor’s Degree in Social Sciences and a law degree, both from the University of Washington.

“Volunteering Matters”
For the last seven years, Derek has regularly volunteered his time as a tutor and mentor for Seattle’s Youth Tutoring Program (YTP); an after-school educational enrichment program for vulnerable first through twelfth grade students. The program was created as a partnership between Catholic Community Services and the Seattle Housing Authority to support students living in six low- and mixed-income housing communities in Seattle. Each week, Derek sits down with children to assist them with homework and encourage them to pursue their dreams. When asked why he keeps returning to YTP, Derek explained that he “always felt that people are limited by their imagination, especially at that age.” Kids often have a preconceived notion about who they can be, and what type of person can be a lawyer. As a volunteer, Derek connects with youth and helps them realize that there is a world of options available to them if they work hard.

To Derek, tutoring is an “unbelievably rewarding experience.” YTP is always the highlight of his week. He recalls one student who would regularly attend YTP for after-school help. Now, years later, that student is a senior in high school and has taken the time to volunteer as a tutor for YTP. Derek and other tutors helped that student succeed so he can share what he learned with others. Through his experience working with kids, Derek is regularly reminded that “volunteering matters.”

Legal Career: Clerking and Practicing Law
In the year before entering private practice, Derek served as a law clerk for Justice Richard Sanders. There, he assisted the Justice in drafting several In his day-to-day practice, Derek understands that life is too short to argue about the small stuff. He fights hard for the issues that matter, but he won’t waste his time on disagreements based only in ego. This lesson has served him well throughout his career.
Today, Derek applies this lesson to his thriving employment law practice as Senior Counsel at Gordon & Rees. He defends employers against claims of discrimination, harassment, retaliation, wrongful termination, and wage and hour law violations. His practice includes general counsel support to his clients and representation in complex litigation as well.

WDTL Member Through and Through
When he isn’t working or volunteering, Derek actively participates in WDTL activities. He joined WDTL before graduating law school, and he continues to regularly plan events and CLEs. Last year, Derek represented WDTL as a presenter at the Annual Convention. Currently, Derek serves as Co-Chair of the WDTL Employment Section. He stays with WDTL because he enjoys attending CLEs, spending time with members of the Defense Bar, and attending the convention each year.

In His Limited “Free” Time…
Derek enjoys traveling, watching movies, indulging in “bad reality T.V.,” and running with his wife, Jennifer. Derek loves traveling for many reasons, but explained that it is “hard to beat” sipping prosecco on a piazza while eating the best pizza ever, as they did in Rome, or swimming with Sea Lions in the Galapagos. Derek regularly expressed his gratitude for his wife, Jennifer, for her constant legal, professional, and personal support.