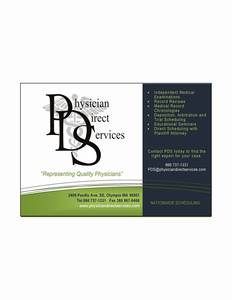 Brian Augenthaler is an associate attorney at Keating, Bucklin & McCormack and has worked at KBM since he graduated law school in 2011. His practice focuses on civil rights law, including law enforcement, employment, and land use. Brian has tried ten civil cases to verdict, both as a solo attorney and as a second chair. Effective June 7, 2018, defendants in employment discrimination lawsuits will have their rights to a claimant’s medical records sharply curtailed. In what will be a new section to chapter 49.60 of the Revised Code of Washington, a claimant does not, as a matter of statutory law, put his or her health at issue or waive any health care privilege by making a claim for noneconomic damages in a Washington Law Against Discrimination (WLAD) lawsuit.

Senate Bill 6027 (“CIVIL RIGHTS – NON ECONOMIC DAMAGES – PRIVILEGED HEALTH INFORMATION”) was introduced by Senators Patty Kuderer—a former plaintiff-side employment attorney—and Guy Palumbo—not an attorney. The new WLAD section expressly limits an employer’s ability to obtain health care records with some very narrow exceptions. A claimant may still put their medical or mental health at issue if the claimant (1) alleges a “specific diagnosable physical or psychiatric injury as a proximate cause” of the employer’s conduct, or (2) relies on the records or testimony of a health care provider or expert to increase general damages, or (3) alleges a failure to accommodate a disability. Even those exceptions, however, are limited to the two years preceding the alleged unlawful act and ending the last date for which the claimant seeks damages unless the Court finds “exceptional circumstances” justifying a longer time period. Those exceptions are further limited in that the records must be specifically related to the diagnosable injury, to the healthcare provider the claimant is relying on in the action, or the disability specifically at issue.

The bill was read for the first time on January 8, 2018, and was approved by Governor Inslee on March 15, 2018. The bill passed with overwhelming majorities in the Legislature (Senate – 42 to 5 and House – 97 to 1). That result was in the face of our very own Mel Sorensen’s opposition on behalf of WDTL, as well as representatives from the Association of Washington Business and the Liability Reform Commission. The opposition argued gamely that discoverability and admissibility are two distinct concepts and that the change would unduly limit an employer’s ability to discovery of information about the claimant’s motivation for bringing the lawsuit and information bearing on damages (economic and noneconomic). The opposition also pointed out that the change would cause WLAD cases to be treated differently than any other civil cases litigated in Washington. Those arguing in support (Senator Kuderer and representatives from the Washington Employment Lawyers Association, Legal Voice, and the ACLU) capitalized on timely trends on keeping sexual harassment victims from “walking away” from otherwise meritorious claims.

The change essentially codifies arguments we have seen over the last several years with claimants taking the position employers were not entitled to health care records because they were only seeking to recover for “garden variety” emotional distress. The change also undermines—if not abrogates—Division I’s holding in Lodis v. Corbis Holdings, Inc. 172 Wn. App. 835, 855, 292 P.3d 779, 791 (2013) (“Thus, when a plaintiff puts his mental health at issue by alleging emotional distress, he waives his psychologist-patient privilege for relevant mental health records.”). As it stands, a plaintiff that claims only “garden variety” emotional distress (i.e., anguish and distress) will be able to avoid any discovery on his or her mental health, which is sufficient under RCW 49.60 pursuant to Bunch v. King Cty. Dep't of Youth Servs., 155 Wn.2d 165, 181, 116 P.3d 381, 390 (2005).

The change will make it more difficult and expensive for Washington employers to defend claims brought under the WLAD at a time and climate where these employers can least afford to bear those additional costs (see the sky-rocketing verdicts that seem to make news headlines every few months for our members and the employers we defend).