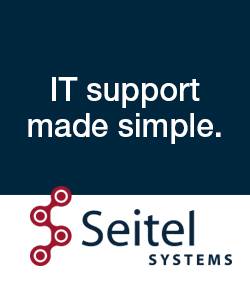 Paul Rosner, J.D., CPCU, has worked in the property and casualty field since 1989. He is a former casualty adjuster, large loss property adjuster, claims supervisor, and claims manager. In 2005, he received his J.D., summa cum laude, from Southwestern Law School, where he served as Lead Articles Editor for the Southwestern Law Review. As an attorney, he focuses his practice on property and casualty insurance coverage and bad faith litigation in both Washington and Oregon. He has also served as an expert witness on insurance bad faith and claims handling. Paul earned the designation of Chartered Property Casualty Underwriter (CPCU) in 2008. Since then, he has been an active member of the CPCU Society both locally and nationally. He served as President of the Pacific Northwest (Seattle) Chapter and is currently Chair of the CPCU Society’s Coverage, Litigators, Educators, & Witnesses (CLEW) Interest Group. Paul is also an active member of the Claims & Litigation Management Alliance (CLM). He has served as President of the Seattle CLM Chapter, CLM’s State Co-Chair, and Education Director. Paul is a frequent author and lecturer on insurance coverage and bad faith issues including chapter co-author for the Washington Motor Vehicle Accident Insurance Deskbook (2008 Supplement), co-author of the Oregon and Washington chapters of “Insurance Bad Faith, A Compendium of State Law” (2010 and 2015 Editions), and co-author of Chapter 8, “Insurance-Specific Issues in Coverage and Bad-Faith Litigation” in “Washington Insurance Litigation Practice Guide” (2014-2015 Edition). He is a regular contributor to the Soha & Lang, P.S. Coverage Blog and the Around the Nation column of Claims Management Magazine. His lectures include presentations to attorneys and insurance professionals. When not practicing law Paul enjoys spending time with his family, running, hiking, camping, and mountain biking.

Cases addressing whether an insurance adjuster (and not simply the insurer) can be liable for bad faith don’t come about every day.  But they are not total eclipses either.  However, when this type of bad faith question does arise, it often involves the conduct of an outside adjusting company.  But in Keodalah v. Allstate Insurance Co., the Washington Court of Appeals examined whether an adjuster, employed by an insurer, could be liable for bad faith.  The answer – yes (as well as for violation of the state’s Consumer Protection Act).

The Court of Appeals decided the issue at the pleading stage based on the insured’s allegations, which were as follows.  The claim at issue was tendered to Allstate seeking underinsured motorist (“UIM”) coverage after its insured was involved in a collision where a motorcyclist struck his truck while crossing an intersection, killing the motorcyclist and injuring Keodalah.  The facts uncovered by the Seattle Police Department (“SPD”) investigation, Allstate’s witness interviews, and the accident reconstruction firm hired by Allstate to analyze the collision all suggested that the motorcyclist was at fault and that his “excessive speed” caused the collision.  Keodalah requested that Allstate pay him the $25,000 limit of his UIM policy.  Allstate refused, making a series of offers to settle the claim.

Keodalah filed suit asserting a UIM claim.  During discovery, the adjuster was designated as Allstate’s Civil Rule 30(b)(6) deposition representative.  The adjuster contradicted the conclusions reached by the SPD and Allstate’s accident reconstruction analysis by claiming, for example, that Keodalah had run the stop sign and had been on his cell phone at the time of the accident.  At trial, Allstate continued to contend that Keodalah was 70 percent at fault.  The jury determined that the motorcyclist was 100 percent at fault and awarded Keodalah $108,868.20 for his injuries, lost wages, and medical expenses.

Keodalah constitutes an expansion of the law.  In reaching its conclusion, the Court of Appeals declined to follow prior intermediate appellate court and federal trial court decisions that had reached the opposite result.  Keodalah is troubling on multiple levels and raises practical concerns about the adjustment process and coverage litigation in Washington and beyond.  In litigation, primary motivations for suing claim handlers may include intimidation and the destruction of federal court diversity jurisdiction when the adjuster resides in Washington State.  Thus, the impacts may be tactical and procedural.

In addition to destroying diversity when a claims handler is a Washington resident, policyholder counsel may seek a strategic advantage by holding the insurer’s employee hostage to the financial and collateral consequences of being a defendant in a civil suit for damages.  Moreover, adding claims handlers as defendants will increase the complexity, contentiousness, and cost of litigation.

Insurers can ameliorate the financial impact on their employees by agreeing to defend and indemnify adjusters when they are sued.  However, the threat of being personally named as a defendant in a lawsuit may intimidate individual adjusters and other claims professionals, which could result in slowing down the claims handling process as claims handlers become even more cautious in their claims handling decisions.  Decision makers may proactively file declaratory relief actions more frequently to protect themselves and their employees.  Keodalah may also impact the industry’s efforts to recruit millennials.

Keodalah is especially troubling because, unlike most states where bad faith requires more than negligent conduct, as noted by Washington Supreme Court Justice Madsen in Xia v. ProBuilders Specialty Ins. Co., 188 Wn.2d 171, 196, 400 P.3d 1234 (2017), the Washington Supreme Court has found bad faith as a matter of law when an insurer merely failed to “anticipate whether and how the law might change.”  It is bad enough that insurers are held to such an unreasonable standard in Washington.  Holding adjusters to such a standard is even more unjust and unconscionable.

There is some good news, however.  First, the Washington Supreme Court has accepted review of Keodalah.  Although the Washington Supreme Court is no friend of the insurance industry, the Court may be persuaded that justice is not served by foisting bad faith claims on individual adjusters and that insurers should be encouraged rather than discouraged from using in-state adjusters.

Second, Keodalah appears to be another Washington anomaly unlikely to be widely adopted.  Most courts that have addressed the issue have rejected attempts to impose liability on insurance adjusters.  See 14 Steven Plitt et al., Couch on Insurance § 208:10 (3d ed. 2005 & Supp.2014) (“Liability for conduct of adjusters and investigators employed by the insurer directly generally falls primarily on the insurer in its status as the employer, and personal liability is unusual.”)  The author is aware of only two states besides Washington, Alaska, and  New Hampshire, that have held that an adjuster owes a duty of care to an insured. C.P. ex rel. M.L. v. Allstate Ins. Co., 996 P.2d 1216 (Alaska 2000) (holding that adjuster has a duty to exercise reasonable care in connection with claims by insureds that are assigned to adjustor for investigation, evaluation, and  settlement.) Morvay v. Hanover Ins. Companies, 127 N.H. 723, 506 A.2d 333 (1986) (holding that claims adjusters owe a duty to the insured to conduct a fair and reasonable investigation of an insurance claim.)  Accordingly, while some states that have not addressed the issue may adopt this minority rule, the impact of the decision outside of Washington should be limited.

Hopefully, the Washington Supreme Court will rule there is no basis for adjuster liability under common law agency principles, the common law bad faith tort, or under RCW 48.01.030.